SIMON451 student contest and paying the bills as a novelist

First my news. I'm the new Santa Rosa TOWNS correspondent for the Press Democrat. I started this PT, contract gig on Monday.  Most published authors still need a day job. Many of us are able to freelance or do some other related job during the week, but unless we're turning out NYTs best sellers constantly, we still need to work. I continue to look for FT employment, but the local job market is flat. Like so many other people who are not finding work, I'm having to make work.

I'm writing resumes and cover letters for a fee, got on board with WriterAccess and have been producing an anthology as a fundraiser for the local YWCA. In addition, I'm putting together a website that will list where all the live music is in the county and teaching beginning dance with my hubby in the hopes that it will support our $70/wk habit (dancing to live music).  I'm also trying to get a grant to create a new book festival here to replace the abandoned Sonoma County Book Festival.

The big question, really, is where do I fit my novel writing in? I'm so busy trying to make a buck and churning out the creative juices toward that end, that the novel is suffering. I have no idea how people keep full-time jobs and write novels. But, then again, they probably don't go out dancing three or four times a week, workout three times a week, and walk or bike ride three times a week. I guess it's all a matter of scheduling and discipline. Toward that end I devised a master schedule and a master time sheet to track all of my various projects. Let's see if I can actually follow it next week. 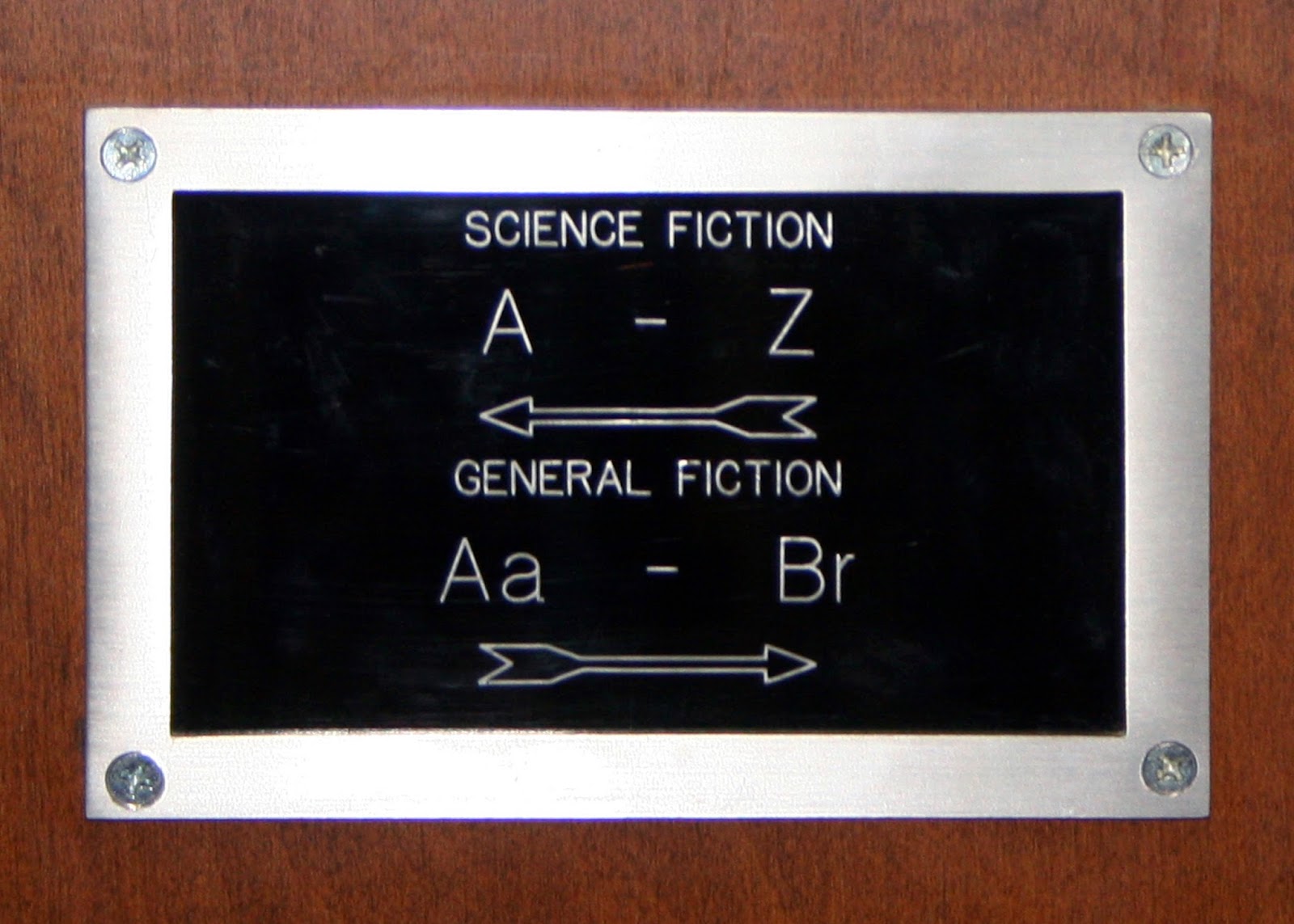 I'm determined to send the requested synopsis and first chapter for my novel tomorrow. Won't let myself do anything else first. And as I type this, I'm remembering my five-year-old grandson's basketball game at 9 am. See how that happens? Have you ever watched five-year-olds play basketball? It's adorable! Oh, well, after that I'll hunker down and not let myself go dancing unless I get it done. That will light a fire under me for sure!

New York, N.Y., January 31, 2014 – Simon451, an imprint of Simon & Schuster, is pleased to announce a writing contest for students. Submissions must fall in one of the following categories: science fiction, fantasy, horror, supernatural fiction, superhero fiction, utopian or dystopian fiction, apocalyptic or post-apocalyptic fiction, or alternate history in literature. We are looking for full-length novels only; novellas and short stories will not be considered.

The contest is open to legal residents of the United States who are at least eighteen years of age and are currently enrolled in college at the undergraduate or graduate level, and who possess a student ID card valid as of February 2014 . The submission period runs from February 1, 2014 – March 15, 2014, during which entrants are asked to provide a 250-word synopsis and the first fifty pages of their novel via the online entry form in accordance with the full contest guidelines.

Complete contest rules and guidelines can be found here. Ten finalists will be chosen and contacted by April 15, 2014, at which time they will be asked to submit their complete novels for consideration. The winner will receive a publishing contract with Simon451 and a trip to ComicCon in New York City to participate in the public launch of the imprint.

You may have been wondering what happened to Science Fiction and Other ODDysseys for the past month. Well, fearless, but not tireless, editor/writer Ann Wilkes, has been wrestling with new ventures. Though she absolutely loves boosting the signal for sci-fi indie films and interacting with her fans, the reviews have been bogging her down and her passions have shifted somewhat.

(This is where the blog shifts entirely into first person - you can say you were there.)

I'm not a fast reader, which is probably part of why I'm such an excellent editor. That said, I would like to occasionally read something - gasp - not science fiction. Or maybe not new science fiction. There are some serious holes in my reading of the classics. I got a Kindle Paper for Christmas and would just like to bury my head in it for a while. I bought a book - can't remember when I last did that! - and found myself mentally critiquing it, even though I'm not going to be reviewing it. That's a hard habit to break, but I'm looking forward to some long-awaited pleasure reading. I'll try my best to turn the critic off. If I don't like a book, I just won't finish it - period.

I have also trotted out a novel I hadn't touched since 2008, which was nearly finished. I've had a request for first chapter and synopsis from a sf/f publisher. I have to get that ending nailed down with a view to the sequels the publisher will need, so that I can write the synopsis. The latter half of the novel needed some work. The book basically died the death of chapter-at-a-time critiquing. I would get so sick of it by the middle, that I would abandon it. I only had to fix some commas and such in the first half. I did, however, enjoy rewriting the sex scene for the second half. Much steamier than its predecessor. :)

I'm considering doing a site where local music lovers can find out where all the live music is on one page. Kevin and I are always scouting this venue and that, email lists and Facebook events to find the best live music to dance to. I have thought of doing this for two years now, but finally have some ideas for getting paid for my time. My husband Kevin and I are also considering teaching couples dancing on a private and group basis. People ask us about it from time to time. People actually come up to us, and with a finger pointed at us, say, "You're those dancers!" We get around. ;)


Science Fiction and Other ODDysseys will not be a thing of the past. However, it may change to match the life of its founder, Ann Wilkes. It will still cover science fiction, but will make detours into my other "ODDysseys" and contain more of my own writing news. I won't be posting any more reviews, as I said, but will keep it truly geeky. No worries there.

Now for the big news in the greater world of science fiction: Simon & Schuster has launched a sci-fi imprint. No shit! Here's the press release about Simon451:

Simon451 will publish in multiple electronic and printed formats, with a focus on digital-first publishing and ebook originals. Its editors will develop new authors and branded series, and bring established authors to new audiences with the ability to move quickly and nimbly between digital and print publication, taking advantage of marketplace opportunities as awareness builds for authors and series. Simon451 will experiment with publishing serialized novels and original short stories, and will also re-issue classic backlist titles in ebook.

“Within the science fiction and fantasy genre, e-books and online communities are becoming the primary means of reading and discovery,” says Senior Editor Sarah Knight, who is spearheading the new imprint. “With Simon451 we aim to give those readers what they want, when and how they want it.”

The inaugural Simon451 list will launch in October 2014 with the first volume of the EarthEnd Saga series by actress Gillian Anderson, best known for her role on ”The X-Files,” and co-writer Jeff Rovin. Brit Hvide of Simon & Schuster acquired worldwide rights from Doug Grad at The Doug Grad Literary Agency to a trilogy of titles from Anderson and Rovin, the first of which is entitled A Vision of Fire.

“This is a very exciting endeavor, and I’m thrilled that Simon and Schuster has taken us under their wing,” says Anderson. “Together, we will make the most of what I hope will be a compelling series of adventures.”

Other launch titles include the Paris-set dystopian novel The Undying by Ethan Reid; these books and more will be featured in events and promotions at New York Comic Con, October 9-12, 2014. To sign up for the e-newsletter or find information regarding submissions, please visit www.Simon451.com.

The imprint’s name, “Simon451,” pays homage to Ray Bradbury’s seminal science fiction novel Fahrenheit 451, which has influenced countless readers, writers and publishers, and which Simon & Schuster published in e-book for the first time in 2011, along with other works by Bradbury.

I'd write an article about it, but I want to write that novel ending, finish my profile at WriterAccess, get groceries and go on a bike ride. My theme for this year? Don't let people "should" on you. It's actually been my motto for a while. I'm just applying it more fully to SFOO now. I hope you'll hang in there with me and follow SFOO's possibly less-frequent sci-fi news and news of my writing endeavors. If you hear about something that would be good to share here, send me an email. Once I tell all the media folks I'm no longer doing reviews, I'll actually be able to find your email! Seriously. I even get requests to review romance novels, cook books and self-help books. What really bites is getting invited to pre-screenings of awesome-looking, yet non-sci-fi movies. First because they're in LA. Second because I can't take advantage since I'm not able to review it here.

Here's wishing all SFOO fans and my personal fans a fabulous new year filled with limitless possibilities and fantastic voyages!