Transmissions from Colony One - Worth a listen 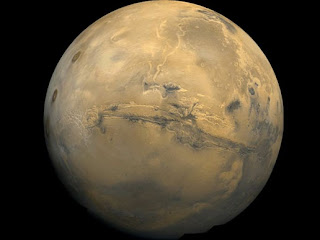 As I'm never tired of saying (though my fans may be tired of hearing), I LOVE Minister of Chance. It's a fantastic "sonic movie". Well, I just got turned onto another radio play yesterday that's about the first Mars colony. I listened to the first nine episodes of Transmissions from Colony One yesterday and the finale is available now. You can hear it for yourself (all free) here.

The story follows the 16-member crew of the first manned ship to reach Mars. And it's a colony ship. Well, I had a few quibbles with how that all went down. I know it takes a while to get to Mars, but wouldn't we send a smaller crew there and back first? The whole crew seems to be twenty-somethings. They act like college kids, making jokes and talking about crushes. I don't know if they're meant to be 20-somethings, but the actors look fairly young and that's how they come off. There are eight of each gender, so I'm guessing they're planning on starting the colony with that gene pool. Hmmm. They do expect supply ships, but there is no mention of further manned ships coming.

The acting wasn't bad and the detail to the science was just the right amount in my opinion. I can't speak to how accurate the science is, but it kept it plausible and authentic for this layperson. The main thing that was missing for me was the tension. How long did it take to get there? And by episode nine, it's day 11 on Mars. Everyone, for the most part is still getting along and friendly.

OK, maybe, but here's the real kicker:  As they were landing, they lost contact with earth. It's day 11 and no one's freaking out. They are only just starting to notice weird stuff and are mostly ticked at the commander for hiding something from them. It's a pretty big deal to sign on for a one-way trip to Mars. Having communication with earth would seem to make it more bearable. Take that away, with no explanation for why it's gone and for how long? I'd be majorly freaking out. That's all I would be thinking or talking about.

Commander Sam Flynn has his suspensions which he is keeping to himself. He even lies about stuff to keep them from investigating on their own. He tries to keep his people focused on the mission, which is vital to their survival, but how many people can really compartmentalize such a huge thing like that and carry on as if nothing's amiss? In episode 10, Earth, he reveals his findings, after being called to account by his communications officer, Kaia Osen, in the previous episode.

I'm still interested in this series and intend to head over to tfco.us to listen to the season finale. The sound effects and acting are well-executed. The banter and interpersonal relationships add a nice touch.

Space exploration fascinates me. However, whenever anyone asks if I'd say yes to going myself, I say, "Hell, no!" I can't handle living in the country, let alone, outer space. I'm too much of a people person and like my city life handy. Not to mention the ocean, the forests, the mountains and the lakes. Nope. Let someone else go. I'll be an armchair tourist from the comfort of my home in beautiful wine country.

I finished a book a couple weeks ago that I received from Quirk. Every book I've read by them has been speculative. I've read a couple of their mash-ups and started a third (see post on July 18th re: William Shakespeare's Star Wars). The Last Policeman by Ben H. Winters (I reviewed his mash-up, Android Karenina), aside from the fact that an asteroid is headed for the earth, is not speculative. The earth could one day be in the path of an asteroid that size. So, is that really speculative? Yes, and no. This is how Wikipedia defines speculative fiction:

The footnote goes to an explanation and brief history by Margaret Atwood. An asteroid that size colliding with the earth is not something that's happened in human history. None of us can really know how we would deal with the knowledge of the end of the earth if we haven't lived through it, so I guess, in that sense, it's speculative, dystopian even. And it's a great "what if".

Soft Apocalypse, which I read and reviewed a couple years ago had the same focus, although the apocalypse was slow and the world wouldn't be entirely wiped out. I did enjoy reading The Last Policeman. It was refreshing to read a book that only had one POV. So many authors cram anywhere from three to even twelve into one novel. I think Dan Simmons' The Terror (review here) must have had a dozen. It has advantages and disadvantages. Certainly, when you only have time to read a book in snatches, the single POV is more manageable and an easier read. The Terror, btw, is slated to be an AMC mini-series or TV movie (depending on who you ask) next year.

I enjoyed the Detective Hank Palace's reactions and personality enough to read more in Countdown City: The Last Policeman II (as soon as I can figure out what I did with it). I have to say, though, they are more detective novels than speculative fiction, which is why I'm not reviewing either of them here. I reviewed Rob Sawyer's Red Planet Blues, which was also a detective novel, but that one was set on, well, Mars, and involved a lot of not-yet science, so it more than qualified.

For those of you who live in or near San Francisco, a local landmark tourist attraction, Wax Museum at Fisherman's Wharf, is shutting its doors after today. Better hurry! Too bad it isn't next Thursday. Then Kevin and I could visit during our honeymoon. Ah, well, that will leave more time for dancing!


Set in the same universe as Arkfall (although a totally independent
story), The Ice Owl tells a tale capturing that moment when we start to
lose our childhood…when we start to realize that our parents and the
“grown-ups” are just as flawed as we are…everyone struggling to deal with
their own demons.

With all the wedding plans, this little gem got buried. It's still available on demand, so I'm still posting it. Maybe we'll watch it next week - when we're not dancing. ;) It's got Russell Tovey, the werewolf from Being Human. The original, Brit series, not the rubbish Americanized version. He's great! 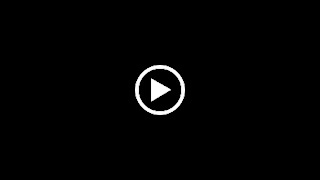 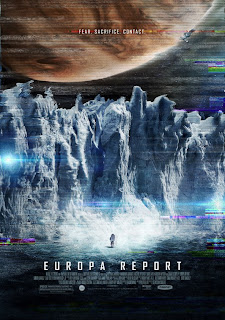 The exploration of new galaxies, trips to new planets, and the existence of alien life are all concepts that have a well-earned place on the shelf of science fiction classics. I was somewhat doubtful that Europa Report could deliver the space journey story in a new way.

The film, directed by Sebastián Cordero, is billed as a documentary-style science fiction thriller, which charts the journey of a privately funded spacecraft exploring the icy surface of Europa, Jupiter's moon. After a catastrophic technical failure and a loss of communication with Earth, the astronauts must complete their mission alone, and survive both the toll of deep-space travel and the discovery they make on Europa.

It's the documentary styling that makes Europa Report unique. It doesn't quite fit into the found-footage genre, but the film does rely heavily on a sense of realism provided by fixed onboard cameras—a rare move in a genre dominated largely by sweeping camera angles and grand storytelling. The onboard camera footage provides both a window into the daily lives of the crew members and a means for them to tell their own stories, in the form of recorded video logs.

This realism is also where much of the tension in the film has its origins. The cameras record every aspect of the crew's daily life, which gives viewers access to even the most tedious details of their routines—a trick which could be grating, if done poorly, but one which Europa Report handles remarkably well. The psychological and physical costs of deep-space travel are not so difficult to imagine when the viewer has such direct access to the astronauts' daily lives.

Another of the film's strengths is its cast, comprised equally of familiar and unfamiliar faces, all of whom delivery a cohesive and powerful performance. Some more familiar names may include Michael Nyqvist (of Millennium Trilogy fame), Daniel Xu, and Christian Camargo, as well as Sharlto Copley, Karolina Wydra, and Anamaria Marinca. Although some characters have more screen time than others, the actors work well to deliver an impressively convincing portrayal of a group of people trapped in a tiny space, alternately cooperating and annoying each other.

The third area in which Europa Report excels is in the science and the attention to detail that went into it. The filmmakers worked with NASA/Jet Propulsion Laboratories, SpaceX, and more in order to most accurately depict what a mission to Europa would look like—from the surface of the moon itself, to the spacecraft necessary to get there, to the life that they may or may not find on the surface. The structure of the spacecraft's design comes from NASA research and development archives, and the creature models were created with the help of leading astrobiologists. As a result, the world that Europa Report inhabits is full of rich detail, creating a plausible, mind-blowing experience.

However, I did have one major nitpick. The film's documentary style is framed by sets of interviews, with staff and scientists from the company that funded the Europa mission. However, the film itself seemed to be an attempt at an in-media-res telling, but with little logic and in no particular order. The sequences of events felt choppy and disjointed. Catastrophic events happened to characters that I had not yet become attached to. This may be a style that some viewers have no difficulty following, but I found myself confused in many places and, unfortunately, my confusion remained at film's end.

Europa Report certainly succeeds at being a unique approach to the space odyssey story, with its documentary-style film-making and the sparse, even bleak storytelling. Despite its (in my opinion) flawed chronology, it was still an interesting, at times heartbreaking, and often armrest-gripping flick that I would recommend to anyone who enjoys the space exploration genre.
Posted by Ann Wilkes at 4:29 AM 1 comment: