Ann's fiction comes in two flavors, though she sometimes likes to swirl them together: funny and tragic. Many of her short stories read like Twilight Zone episodes. She's been into science fiction since she was a kid and now loves telling people she builds worlds. She lives in Northern California's Wine Country and loves being near the beach, the redwoods and San Francisco. Her published stories are in magazines and anthologies both in print and online.
Learn more at cleverann.net.

Former staff reviewers (in case you've stumbled on an archived review and hit the link to their bio). 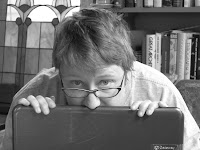 Lyda Morehouse - Reviews
Lyda Morehouse has been an avid comic book reader since the early 1970s, having spent many happy days in her cousin’s basement reading her uncle’s collection that included many first issues of Marvel titles like Fantastic Four, Spider-Man, X-Men and hundreds more. Neil Gaiman’s “Season in Mist” partly inspired her to write her first novel in the AngeLINK tetrology, Archangel Protocol, which was published by Roc in 2001 and won the Shamus award for an original paperback featuring a private detective.

Currently, she writes bestselling paranormal romances and YA novels as Tate Hallaway, while also attempting to revive her science fiction career with a prequel to the angel books called Resurrection Code, due out from Mad Norwegian Press in March 2011.  She lives in Saint Paul, Minnesota, with her partner of twenty-five years, their son, four cats, two gerbils and a multitude of fish.

Clare Deming - Reviews
Clare L. Deming lives in New Jersey where she spends her nights working as an emergency veterinarian. During the day she writes science fiction and fantasy, while trying to keep five cats off the keyboard. Her writing has appeared in A Fly in Amber e-zine and medical publications. Clare is a member of the Other Worlds Writers Workshop and the Science Fiction Association of Bergen County. Other interests that fill her days include fencing, flying and snowboarding. 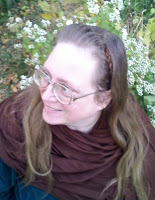 Deirdre M. Murphy - Reviews
As a writer, musician and artist, Deirdre has spent most of her life squeezing her creative pursuits into whatever nooks and crannies of  “spare time” she can create.  When she was a kid, she wanted to learn everything and read all the science fiction and fantasy ever written.  As an adult, she realizes that’s not a realistic goal, but she believes in dreaming big.

This year, in addition to pursuing traditional publication, Deirdre has been involved in creating Torn World, an online science fantasy shared world. She blogs at www.wyld-dandelyon.livejournal.com. Deirdre’s work can be found online and in print, including stories in Crossed Genres magazine, in The Best of Friday Flash, Volume One, and upcoming in the Magicking in Traffic anthology.

Deirdre lives in a Victorian house overlooking rose and herb gardens. She has three cats, an ever-changing number of tropical fish and dabbles in taming feral kittens. 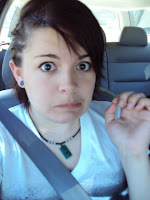 Emily Bettencourt - Genre Movie Reviews
Emily Bettencourt is a recent college graduate and an aspiring writer/teacher/Jill of all trades. Though she's never been formally published, she did once win a silver medal at the national level for a portfolio of short fiction and poetry. Once an A&E reviewer for her school newspaper, Emily's writing now focuses more on fantasy and post-apocalyptic worldbuilding. Although home is Portland, OR, Emily now lives in Seoul, South Korea. 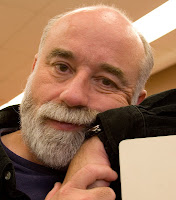