The Cassandra Project will keep you guessing 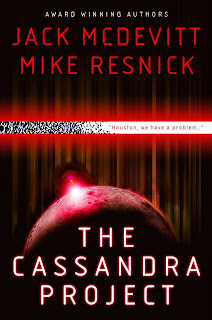 Review and Interview by Ann Wilkes
I love a mystery. I love a mystery so much, that I won't read the genre because it would take me away from science fiction too much. There are, after all, so many hours in the day. So, I'm always delighted when I can have the best of both worlds. The Cassandra Project is a near-future mystery surrounding our exploration of the moon.

Jerry Culpepper is confronted with evidence of a secret kept by NASA for 50 years concerning the Apollo missions. He's asked not to rock the boat. Leave it alone - it's just someone having a joke or someone being misinterpreted. But it just won't go away and as the evidence trickles in, he's sucked into a conspiracy of the highest magnitude.

Meanwhile, billionaire "Bucky" Morgan Blackstone is convinced that yes, something did happen 50 years ago that the government wants covered up. Since he's set his sites on the moon and stars as the next big money-maker, he takes it upon himself to discover the truth. He woos Jerry because Jerry's got the chops for public relations and understands NASA and space exploration. And he also might know something more than he's letting on.

And then there's the President who doesn't want egg on his face. He is completely ignorant of the matter, but what's worse? Your President being clueless or your President perpetuating a 50-year-old lie? He needs to learn the truth - and fast.

This sets up another race. Not for the first nation to reach the moon, but for the first person to learn the truth and decide whether to share it, or agree with those who so carefully guarded it, that it was best kept secret. The real kicker is not just what, but why. The ending is stunning and surprising. The implications of the "truth" will keep you thinking for days. That's my kind of story.

There is no sense that this novel was a collaboration, which is to say it's a successful one. The prose and voice were consistent throughout. The rich characters have just the right amount of flaws and quirks and you'll be rooting and sympathizing for all three of the major players.

Bucky is a self-centered bastard with admirable drive and ambition. And a great sense of humor. Jerry flails a bit when confronted with the weight of the find, while still evincing a strong sense of decency and moral conviction. The President gains our sympathy because of the whole "lonely at the top" deal. The weight of the world and all that.

I can't decide if this is a plot-driven or character-driven tale, both aspects being equally powerful. The mystery propels the action forward. It will keep you speculating right up to the end.

I highly recommend The Cassandra Project to mystery lovers and space enthusiasts. What an incredible "what if"! But alas, I can't tell you what the what if is since even that discovery is too delicious to spoil.

Mike Resnick, who graciously agreed to judge a sci-fi short story contest I held last summer, has once again come through with this interview. When it comes to sheer reach, Mike is the master. He has so many novels and short stories available around the globe it makes my head spin!

AW:  Have you collaborated on a novel before this? 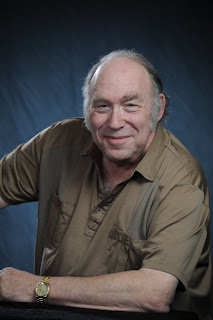 MR:  Yes. I collaborated on about 20 “adult” novels with Paul G. Neimark back in the mid-to-late 1960s, and I “collaborated” on a round-robin novel, The Red Tape War, with Jack Chalker and George Alec Effinger in 1990.

AW:  Can you describe your process for collaboration with Jack McDevitt?

MR: We discussed the plot in detail. He wrote the first two chapters, I wrote the next couple, and we traded off, not in exact numerical order; he did most of the chapters with Jerry Culpepper, I did most of the chapters with Bucky Blackstone . . . and since I’ve been both an editor and publisher, I did the chapter where Jerry tries his hand at editing. But of course, as each of us finished a section, it went to the other for revisions, suggestions, and line-editing.

AW:  Did you come up with the concept for The Cassandra Project together?

MR:  No, it was Jack’s. The germ of it – though not the resolution – appeared in a short story he wrote with the same title.

AW:  Was the ending a certainty from the beginning or did it evolve? No  spoilers, please.

MR:  It was a certainty. I don’t think either of us would ever be comfortable sitting down to write any type of story, of any length, without knowing the plot and the resolution.

AW:  What do you think it will take to get NASA back to the moon? Funding is obvious, but what will prompt that?

MR:  The same thing that got us there in the first place: the fear that  someone else may do it first.

AW:  Or do you think space explorations SHOULD be privatized?

MR:  Absolutely. It’ll be done far more efficiently, far less expensively, and it will actually serve a purpose that will keep it going: profit.

AW:  What happens when corporations plant their flags on the moon? Will there be no commons?

MR:  I suppose the corporate answer to governmental objections will be: “Come on up and take our flag down.” With Europe’s economy in the tank, and ours and China’s not far behind, I don’t think any government is likely to respond to that.

AW:  If you had the opportunity, would you want to live on a moon base? Why or why not?

MR:  No, there’s still too much of this world I haven’t seen, and at 71 I’m probably running out of time to see it.

AW:  You are the master at foreign rights (at least of any author I know). To what do your credit this success? Can you give any advice, or do we just need the right agent?

MR:  Having the right agent certainly helps, and I’ve had the best in the business since 1983. Writing in a clear, pared-down style that is easy to translate also helps. So does telling stories that appeal to most or all nationalities. Selling short stories (well, reprints of short stories) to magazines on every continent is a huge advantage, because when the book publishers of those countries look to see which authors to import, it helps to already have a fan following there. And of course I keep in contact with most of my foreign editors, long and short form, via e-mail, Facebook, and anything else that works.

AW:  If money were no object, which length do you prefer writing? Short stories or novels? Or maybe novellas?

MR:  Shorts and novelettes, for the most part. Oh, once in a while I’ll come up with a notion that has to be told as a novel, like Santiago or The Branch, but I do prefer short stories nine times out of ten. That said, money is an object, so of course I’ll continue to produce a few novels each year. In fact, along with the science fiction, I’ve sold two mystery novels in the past year, and plan to do more.