So, here's a recap on my panels.

On Friday I sat on the Stop Killing My Childhood panel. And pretty much just sat... That's what happens when you're the only girl on a five member panel. They talked about comics and cartoons while I listened. Although I did manage to point out that I preferred the remake of King Kong to the original. Why? Because of Kong's interest in her was because she did acrobatic tricks. She amused him. Far more believable -- if I can use that word about King Kong -- than him being attracted to Fay Ray because of her looks. Come on! Her arms were too short and she was far too hairless.

On Saturday, we had a lively discussion on the panel, Can You Hear Me Now, which was about social networking. Thanks Jennifer Brozek for representing the fairer sex with me. ;) She shared a rather disturbing yet interesting tale about being virtually stalked. And Jay Freeman had some doozies as well about Second Life. All in all a good, stimulating panel.

The next panel I was on was Editing a Manuscript. Wow! We could have gone on for hours. But I think we gave the forty or so attendees a lot to consider when they next take out their red pen.

The last one was Can Science and Magic combine in SF, or some such. The name was changed in the 11th hour. Anyhow, that was a rollercoaster ride. The panel had been named Metaphysics: Supernatural & Spirituality in SF. The moderator sort of went with both titles. You can imagine where that lead. You know that old saying that you shouldn't discuss politics or religion at the dinner table? There's a reason for that. Martin Young managed to reel things in, however, for an enlightening hour of friendly debate. That's Juliette Wade in the kimono and ElizaBeth Gilligan with Irene Radford. 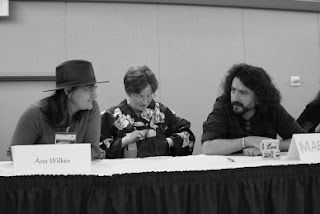 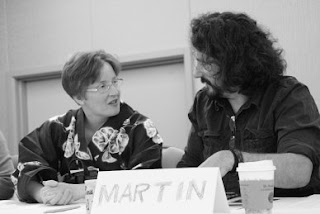 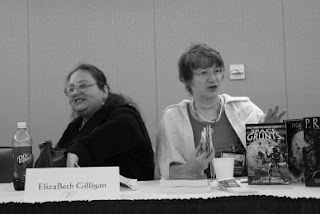 Friday night was the Broad Universe Rapid Fire Reading. It was just me and Valerie Frankel again as all the other "Broads" were at WisCon.

I enjoyed getting to know some new writing friends and seeing some old ones. 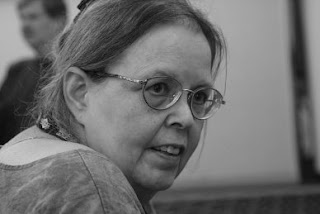 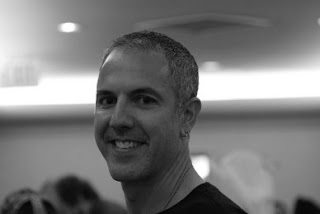 And because I'm crazy for Dr. Who, this was my favorite costume. Recognize the episode? Look inside the helmet. 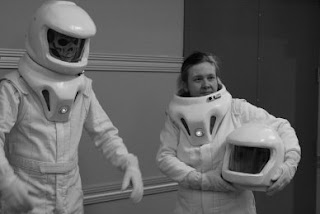 Sunday night, we went to the Tempest concert. It was ab fab. All the more so because it was a small venue and free with the price of the BayCon membership. They're impressive. 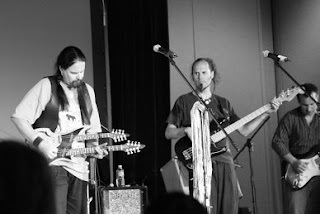 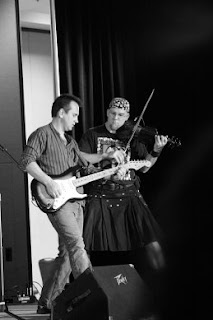 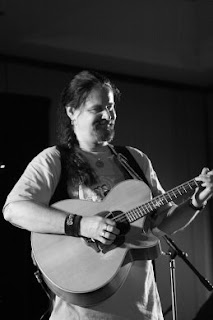 I got a great shirt in the dealers room. It has a scream painting on the front with this written over it: Stop me before I volunteer again! How appropriate.
Posted by Ann Wilkes at 7:51 PM