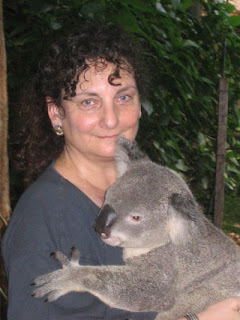 As promised, meet Ellen Datlow, editor of numerous anthologies, winner of almost as many awards and champion of excellent speculative fiction in all its various genres. Last weekend, she won --and not for the first time -- a Hugo for Best Editor - Short Fiction.

AW: You are, without a doubt, the Anthology Queen. How many have you edited now? What do you think is the secret to your success?

ED: I’ve lost count, but I’ve edited 21 YBFH [Year's Best Fantasy and Horror] and two Best Horror reprint anthologies so that’s 23 right there. I only propose anthologies on themes in which I have an interest. If I don’t feel strongly about something I’m editing I couldn’t do a good job. As an editor I buy the stories that I love—I entertain myself first and hopefully my taste coincides with the readers’. Some of my anthologies sell better than others. I don’t believe it’s a difference in quality but what hits the zeitgeist at the right time. I’ve anthologies about which I felt very strongly that sold terribly but I’m still glad I was able to sell and edit them (although the publishers might not have felt that way).

AW: SciFiction was a treasure trove. Do you see yourself ever getting involved with an online magazine again? What were the greatest challenges?

ED: Thanks. Sure, if I was offered a job. However, the weekly aspect of online webzines is exhausting and I’d hope that if I worked on a webzine again I’d have a managing editor and someone to assist me more. Buying and editing the fiction, doing all the administration, working with the copy editor and proofreader and the in-house production department is a lot for one person.

AW: You are tied, with co-editor Terri Windling, as the recipient of the most World Fantasy Awards in the organization's history. Your list of horror awards is becoming equally impressive. And more recently, you won, once again, the Hugo for Best Editor - Short Fiction. You seem at home in all three genres. Which is your favorite and why?

ED: I love all three equally. In fact, I’d love to sell more mixed-genre anthologies like The Del Rey Book of Science Fiction and Fantasy—I love working on more than one project at a time—often in different genres—I can refresh my palate by spending a certain amount of time reading submissions in sf/fantasy, or horror.

AW: Which of your anthologies is nearest and dearest to your heart and why?

ED: That would be like picking one favorite child over another, although I probably love my solo anthologies more than my collaborations as they’re exclusively my taste—no compromise.

AW: How does your career differ from what you imagined it would be going in? If you had your own personal time machine, would you go back and change anything?

ED: I had no idea how much I would enjoy my career. I feel lucky to have fallen into the best job in the world, doing exactly what I love doing. I would change nothing.

AW: What are your three biggest pet peeves regarding short fiction writing?

ED: Sloppy writing will stop me dead. I don’t think of this as a pet peeve but a judgment call. If a sentence in a story (or novel) stops me dead because its meaning is unclear and/or it stops the flow of the story, to me that’s sloppy. (This goes for experimental as well as non-experimental styles.) The job of the writer is to communicate with her reader.

Writers who think writing good short stories are easy and don’t take the time to hone their craft.

A fourth: stories that are not about anything and leave me wondering, Why did the writer write this? It’s about nothing.

AW: What do you think about steampunk? Will it be a flash in the pan or a major player?

ED: I love reading it, but have been reading it for decades. Nothing particularly new about the sub-genre except that it’s hit the culture, which is fun but not especially pertinent in the long run.

AW: What's your favorite paranormal type of character and why?

ED: I have to say it's a toss up between vampires and ghosts. Both paranormal critters are so versatile that good writers can continue to make up brilliant stories using them. You know the expression "it ain't the meat, it's the motion?" Same thing with tropes and themes in fiction. It ain't the trope or theme that counts, it's what you do with it that matters. Anything old can be made new by the right writer.

ED: Best Horror #3, and another YA anthology with Terri Windling. I’m hoping to sell a few more anthologies in the coming months.

ED: In addition to the Best Horror of the Year, volume 3, I have a very big volume of all original urban fantasy stories coming out from St Martin's called Naked City: New Tales of Urban Fantasy. It's my more traditional interpretation of the sub-genre--hearkening back to what the phrase originally meant: fantasy in urban settings.

Teeth, edited by me and Terri Windling, is a YA anthology of vampire stories that will hopefully counter the sparkly vampire syndrome :-). It'll be out from HarperCollins.

Supernatural Noir (title self-explanatory, I think--although it has very few detective stories) will be coming out from Dark Horse.

Blood and Other Cravings is an adult vampirism anthology that is a kind of follow up to my earlier vampirism anthologies Blood is Not Enough and A Whisper of Blood (which are still available in a gorgeous double volume reissued by the Barnes and Noble imprint Fall River Press). B&N is also bringing out a new edition of Terri and my first adult fairy tale anthology, Snow White, Blood Red.

At first, you think "awesome job." But then the reality sets in; for every great story there are probably 5 horrible ones, 3 bad ones and 2 okay ones.

She has to read a lot of mediocrity. Or put it down. she said she puts stuff down.